* Magnetostatic Response: Magnetostatic analysis support to compute the magnetic field due to a known distribution of direct current. This capability can be used to model common electric devices such as magnetic recording devices.

* Nonlinear Viscoelasticity: Improved matches with experimental data are now possible using nonlinear viscoelasticity based on the parallel network approach. This enhancement is particularly useful in applications involving polymer materials in the automotive and life science industries.

* Smoothed Particle Hydrodynamics (SPH): Abaqus provides a new capability that allows conventional elements to be converted into particles on-the-fly based on user defined criteria, which introduces an entirely new set of workflows to be performed in Abaqus.

* Non-Newtonian Viscosity: Many fluids of industrial, technological, and biological significance, such as foams, emulsions, dispersions and suspensions, slurries, blood, and polymeric melts, are non-Newtonian in nature. Simulation of flows involving such fluids can now be achieved using the non-Newtonian models developed in Abaqus, thereby increasing the coverage of the product functionality.

* Mesh-to-Geometry: Mesh parts can now be converted into geometry. This enhancement is useful for creating geometry from deformed meshes, such as a stent, creating an interior acoustic cavity inside of a vehicle, as well as a number of other industry applications.

* Boundary Layer Meshing: Wedge elements can now be generated along selected boundaries of a part or a cell, and the interior is filled with tetrahedral elements. Adding layers of small elements along the walls allows improved analysis of boundary effects in fluid flow and heat transfer analyses.

* Node Dragging: Nodes can be repositioned with a new “dragging” feature.

* Abaqus/Viewer: Visualization functionality in Abaqus/Viewer has been extended to visualize preprocessing modeling entities, such as interactions, pre-defined fields, loads and more.

* VCCT Enhancements: Performance and robustness improvements were made to the Virtual Crack Closure Technique (VCCT) in Abaqus/Standard, which allows the delamination of composite structures to be modeled much more quickly.

* Contact and Constraints: Abaqus 6.12 offers edge-to-feature enhancements for better handling of contact between edges and surfaces, which is valuable in a broad range of applications, for example, electrical connections.

* Adaptive Mesh Refinement for CEL: The adaptive mesh refinement for Coupled Eulerian Lagrangian (CEL) improves performance in models in which large deformation exists, such as airbag deployment, by automatically refining the mesh as needed in Abaqus.

* CATIA V6 Associative Interface: The CATIA V6 AI provides a one-click option to easily transfer part or assembly models to Abaqus/CAE, while retaining the attributes defined in Abaqus/CAE during the re-import of geometry from CATIA V6.

* Translator Improvements: The existing fromnastran and fromansys translators were enhanced with new robustness, functionality, and diagnostics to support the growing interest in customers moving from ANSYS and NASTRAN to Abaqus. Also, a new fromdyna translator is available to convert DYNA models into Abaqus. Significant focus was placed on performance and ease-of-use, which will allow users to quickly translate large models with as little manual intervention as possible. In one example, an SUV model with over 6 million nodes was translated in 12 seconds with over 99% of the data translated. 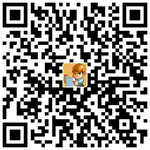